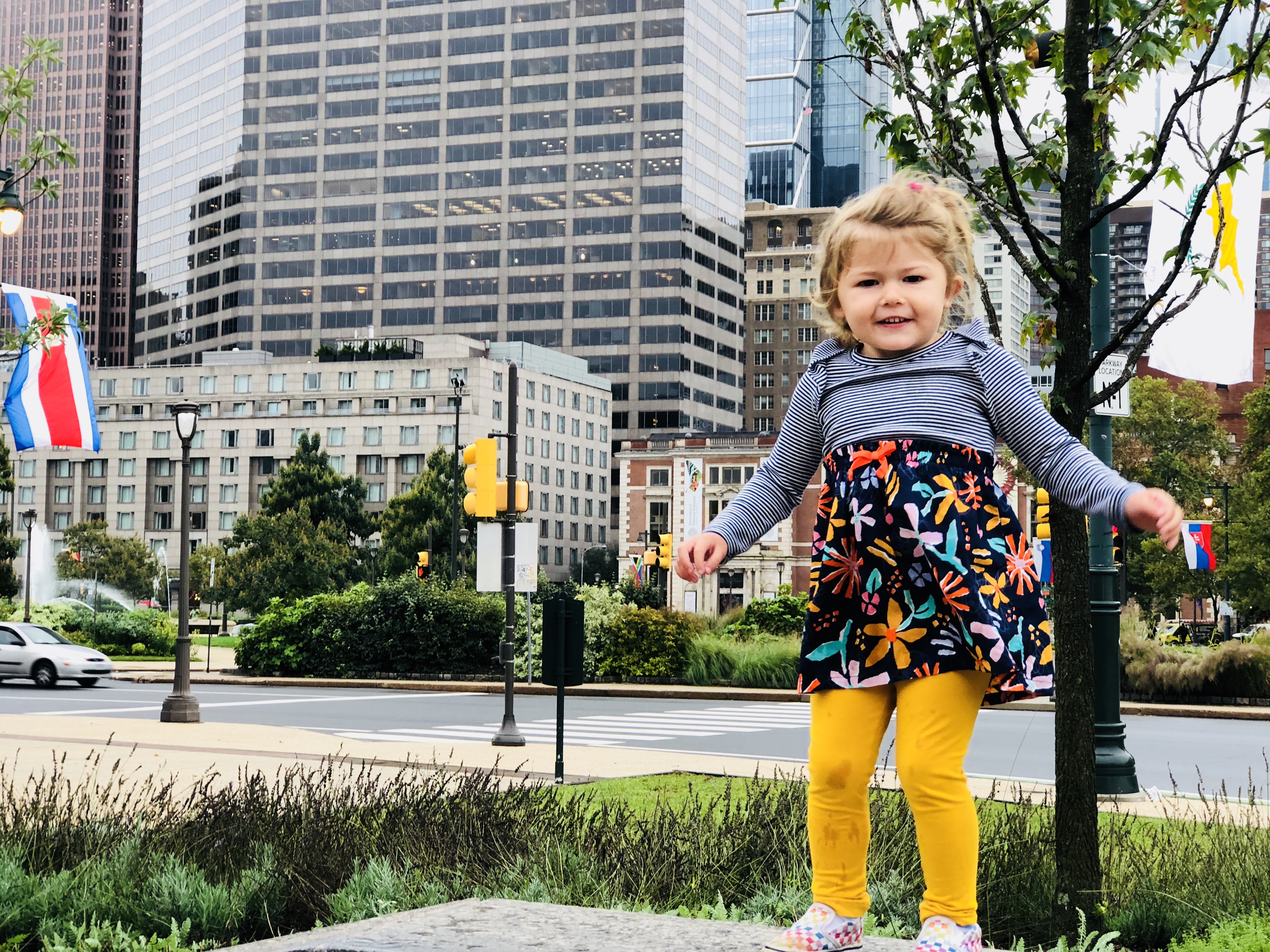 Please think about donating to this incredible cause. Beyah is one of the strongest, fun loving, smart little girl. She has already endeared so much, but thanks to her very dedicated parents; she doesn't have to do this alone. We will be running the full marathon with the rest of Beyah's Battalion on Nov. 24th If you're in the area, come out and cheer us on! Her full story is below
51% Raised
$1,015.00 donated of $2,000.00 goal
19 Donors
Campaign has ended

Beyah’s Battalion will be participating in Philadelphia Marathon events on behalf of Big Hearts to Little Hearts!  Beyah was diagnosed in utero with a series of critical congenital heart defects in January 2015.  Because the initial diagnosis and prognosis were both devastating, Matt and Phoebe Kaufman (Beyah’s parents)  sought a second opinion at Children’s Hospital of Philadelphia (CHOP).  From day one, the medical team at CHOP’s Center for Fetal Diagnosis and Treatment (CFDT) expressed much needed hope and confidence in their ability to address the presenting issues as well as any challenges that might present in the future.  Beyah and her parents were followed closely and supported by CHOP’s Fetal Heart Program for the remainder of my pregnancy.  CHOP was their second home!

The Kaufman’s were able to take Beyah home from CHOP on June 5, 2015 – nearly 4 weeks earlier than expected – as Beyah’s surgery was ultimately deemed successful, and she continued to be an absolute champ in recovery.  Beyah is now a happy and healthy 4 years old, meeting milestones the Kaufman’s were once told we would likely never see.  As the newest member of the circus, Beyah enjoys music, singing, and dancing, the beach and playgrounds, and wreaking havoc with her big sisters, Frankie and Esmé.  The Kaufman’s as well as family and friends cannot thank the doctors and nurses, midwives and surgeons, social workers and psychologists, and all of the other specialists and professionals at CHOP enough for their kindness, compassion, support, and skill.  Their expertise and determination gave everyone hope, saved Beyah’s life, and will continue to provide support in the future.  There are no words to express our gratitude.

Beyah’s Battalion will be participating in Philadelphia Marathon events on behalf of Big Hearts to Little Hearts.  We will be running for Beyah, but also for all heart babies, the families of heart babies, and the amazing Cardiac Center at CHOP, to whom we all are forever grateful.  Please consider supporting our team in order to support others impacted by congenital heart defects.  Together, we can make more happy endings that much more possible.