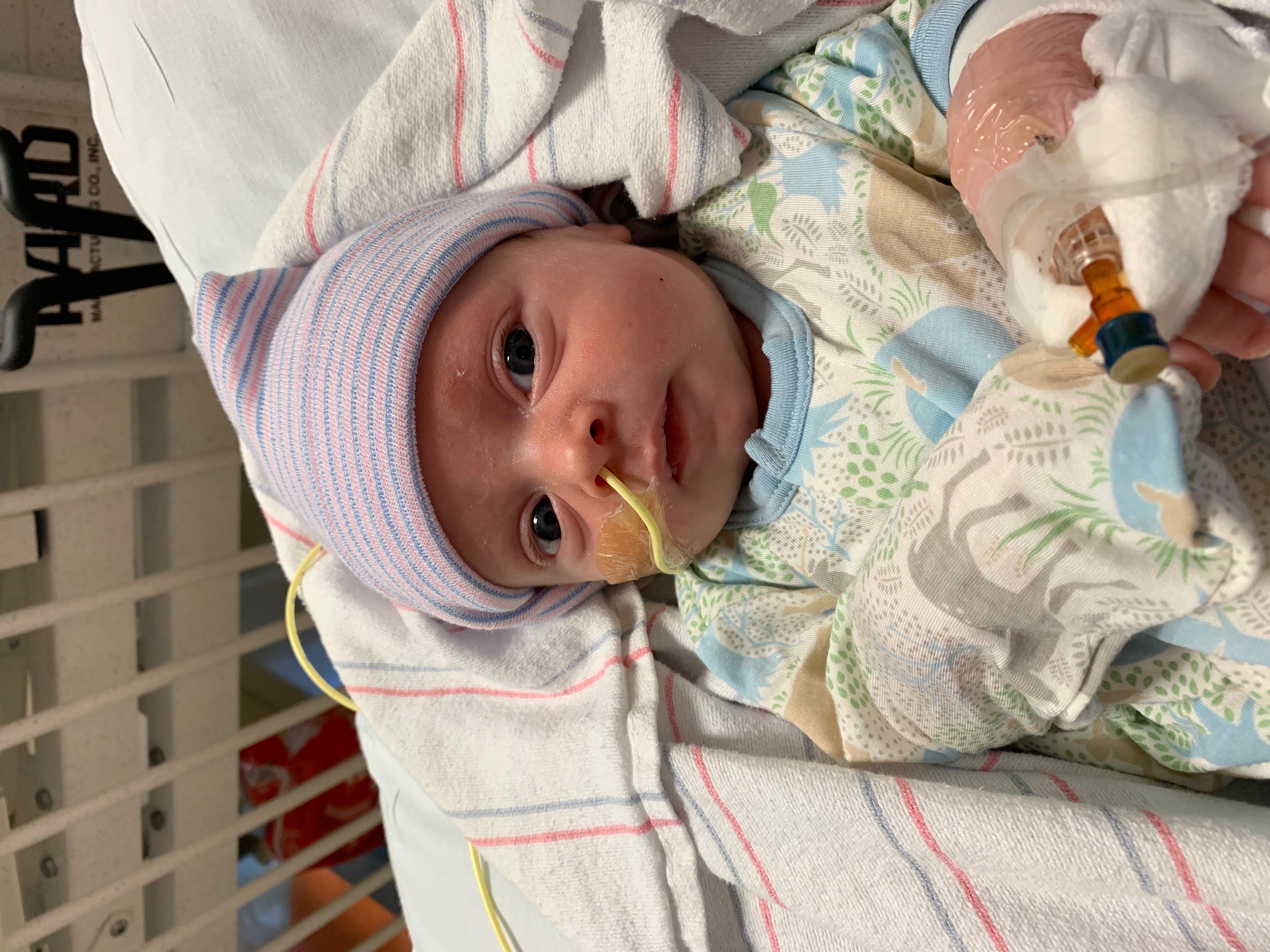 Ryder James Griffin was born July 20th, 2019….  After being sent home he was soon discovered to have a minor low temperature.  Our pediatrician sent him back to Monmouth Medical NICU to determine the reason…. after many tests, infection was ruled out and further cardiac tests were conducted.  After 5 days at Monmouth NICU he was diagnosed with an Aortic Coarctation and a severe VSD.  He was quickly air-lifted to CHOP and within 12 hours had open heart surgery to fix both conditions.  The day after surgery, Ryder unfortunately developed JET (Junctional ectopic tachycardia), a rare arrhythmia induced by surgery that is often fatal in infants and adults.  He held strong and with the unrelenting support of CHOP became stable again after a few days.  He has since come home and is adjusting to his fur brothers and sisters.  We are aware we are lucky to still have him in our life and we are also aware that none of this would be possible without CHOP.  Many people aren’t as lucky as us, but many also share a similar life-saving story, so we want to bring attention to BH2LH and CHOP and highlight the exceptional life-saving effort they provide daily for children and newborns.  My parents always said, “You are only as happy as your saddest child”, and today I am happy because I actually have a little boy.