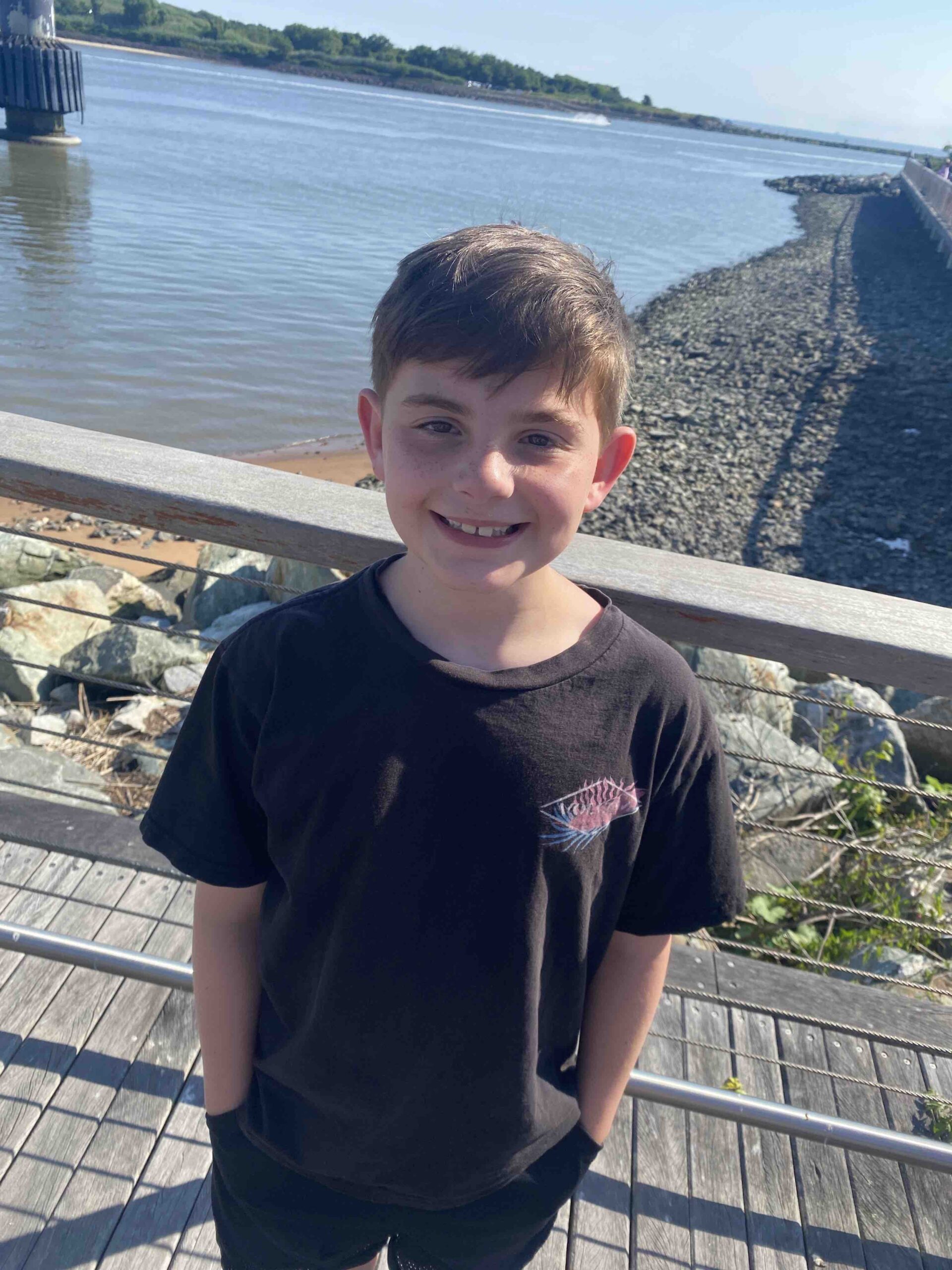 On Sunday, September 18, we’re participating in the Big Hearts to Little Hearts Walk as Caden’s Crew once again! When Caden was an infant, I stumbled upon BH2LH and started learning more about the group’s mission. Founded by a fiercely driven heart mama, the group is comprised of many amazing heart families. Together they have raised an impressive amount of money that has been channelled to specific research projects at the Cardiac Center at Children’s Hospital of Philadelphia. Not only has BH2LH donated over 1 MILLION dollars to CHOP research, the group has also funded a few other independent projects. All of this research results in knowledge, progress and improvements for pediatric cardiac patients – our own kids! BH2LH is truly an impressive group of people doing impressive things!

Caden’s heart story (which is below in more detail) is always amazing to me, even though I’m his mom. Caden had a BT shunt procedure at 4 months old and a Rastelli procedure at age one when a new conduit was placed in his heart. Caden outgrew his original conduit and in November 2021 he underwent his third heart surgery to have that conduit replaced. As any childhood surgery, that November surgery was a challenging step in Caden’s journey, but we placed all of our faith in the medical expertise at CHOP to pull him through successfully. We are so thankful for his amazing outcome and have no doubt that the commitment to ongoing research helps regularly improve children’s experiences and outcomes. The programs and research that BH2LH supports truly result in measurable advancements and undoubtedly change the lives of children and their families.

After a few months it was clear that Caden’s oxygen levels weren’t going to remain high enough for everyone’s comfort. When Caden was four months old, he had his first open heart surgery. Dr. Spray placed a BT shunt which increased his pulmonary blood flow and increased his oxygen levels. That worked well and after a five day hospital stay we were home. Now the plan was to move his full repair surgery to about one year old. Growing bigger meant growing stronger which is a benefit for any cardiac surgery if you have that luxury. On August 1, 2013 Caden underwent his “big” surgery for his full repair. Dr. Spray removed the BT shunt, closed the ASD, and performed what’s called a Rastelli procedure to correct the d-TGA. In brief, by baffling Caden’s VSD with a GoreTex patch, blood is directed from his left ventricle to his aorta properly. Then a new valved conduit is inserted to establish continuity between the right ventricle and the pulmonary artery. Once again we were discharged in five short days after this amazing heart reconfiguration.

Caden goes to CHOP regularly for cardiac follow-ups and overall has been doing great. In August 2018, Caden began a daily baby aspirin regimen and we monitor his conduit width every 6 months. An investigative cardiac catheterization in July 2021 showed that Caden outgrew his original conduit and needed it replaced. In November 2021, Caden underwent his third heart surgery with Dr. Nuri and now has a new conduit as a part of his amazing heart anatomy.

We have learned that each child’s cardiac care plan is individualized and can change as they grow, so we take Caden’s heart journey step by step. His uniquely configured heart is supporting his growing body well and we thank God for this miracle every day. This journey has also taught us so much about the strength and resilience of children and through that how to become stronger ourselves.